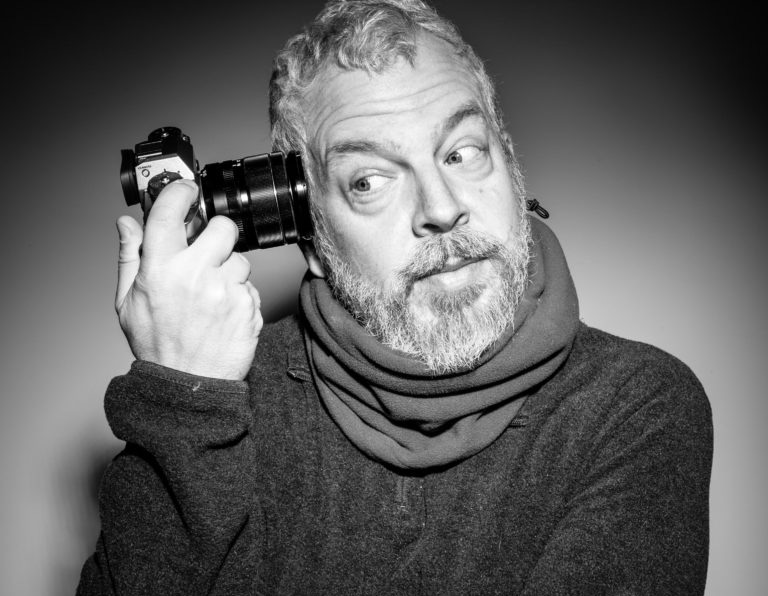 Hi. Everybody calls me Max, although my parents named me Massimiliano.

I am a professional photographer and director of photography. I have always been drawn to photography that places the “human” factor at the centre: from journalism to fashion, from photo essays to weddings.

My photographs have been printed in both Italian and foreign publications.

I am an exclusive photographer for the photo-romance production company, The Best (publisher of Grand Hotel in Italy and Nous Deux in France). I also oversaw its migration from analogue to digital.

For about 10 years I collaborated with the magazine Fotografia Reflex, writing articles on technical topics and reviews of photography and lighting equipment.

Lighting techniques, along with environmental portrait photography, are also the subjects that I primarily focus on in the photography workshops and courses that I teach throughout Italy.

I have been an instructor at La Placa Accademy since 2018.

In 2018 I developed and taught the first photography course at Legione Scuola Allievi Carabinieri, the training academy for members of the Carabinieri.

In 2010 I founded Riflessifotografici.com, which brings together in one place a portal on photographic culture, a school of photography and a film production brand for developing and promoting independent films.

I have been a member of X-Photographers Fujifilm since its foundation (2012).

In collaboration with Fujifilm Italia I have been an instructor at events such as Photoshow and the eXperience tour.

In collaboration with Fujifilm Italia and Gruppo Storico Romano, I produced the book Tra Fede e Storia, which contains two works of historical reconstruction: the origins of the foundation of Rome (“DCCC Ab Urbe Condita”) and the Stations of the Cross (“la Via Dolorosa”).

In 2016 I published “X 5th Anniversary” to mark the 5th anniversary of the founding of Fujifilm X-Photographers.

In 2017 I put together a book of photographs called La Banda Musicale dei Carabinieri, winner of the Apoxiomeno international prize – Art section

In 2018 I published Angeli e Dei, which describes a modern artist’s encounter with the classical art displayed in the National Archaeological Museum in Ferrara.

In collaboration with the Legione Allievi Carabinieri and the Associazione Nazionale Carabinieri I compiled a book of photographs in the style of a photo feature on “what would you like to be when you grow up?” which contrasts the beauty of Italy and with the illegal garbage dumps criticized by the EU.

In partnership with Fujifilm I took part in the Wonder Plaza project to print and publish a book on 7 major capital cities in Europe.

With the sponsorship of the Vatican’s Pontifical Council for Culture, I founded the group Mt.9913 whose purpose is to create a new version of Caravaggio’s “The Calling of Saint Matthew”. The image made was then skilfully painted by Ippazio Campa. The painting is now on permanent display in the Salerno Cathedral, where the saint’s relics are kept.