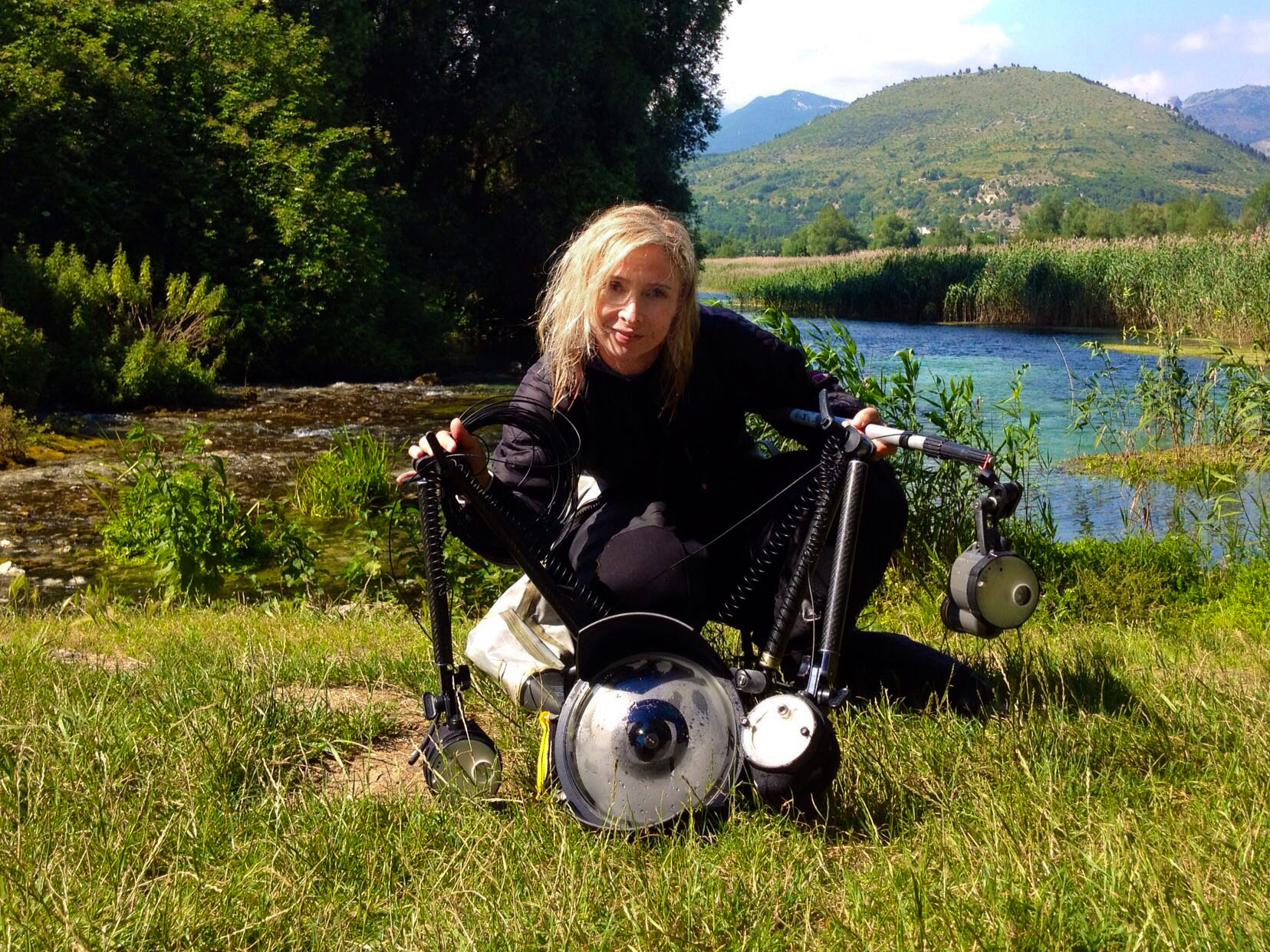 World and Italian champion of Underwater Photography, Silvia Boccato is a freelance photographer specialized in photography in aquatic environments.

From time immemorial in the sports world, she combines her activity as a Physical Education Professor with a passion for underwater photography.

She devoted her life since several years to agonistic underwater photography competitions, and very quickly conquered the top of the world without ever leaving the constant search for expressive innovation behind.

Her love of nature leads her to take a degree in Natural Sciences at the University “La Sapienza” of Rome. Her articles and reports are published across many magazines such as FareVela, Mediterraneo, Sub, Il Subacqueo. In 2008 she edited the monthly “Underwater” section of FareVela.

Many of her shots have been prized on the world’s most prestigious and significant events and festivals, such as the highly desired Plongeur d’Or e and Bronze at the 35th Festival Mondial de L’Images Sous Marine in Antibes, France.

In extemporaneous competitions, in 2009 she conquers the Italian title at the Championship of Underwater Photography of the Italian Federation FIPSAS; she wins the 6th Concours International de Photographie Sous-Marine of Monaco, awarded by Prince Albert II; award at the Open International Fotosub of the Medes Islands and the Isla de El Hierro. In 2011 Silvia wins the gold medal for Italy at the 2011 World Championship of Underwater Photography CMAS in Turkish waters. Furthermore she’s invited as a judge in major international and national competitions. Author of the exhibition “VINCE LA NATURA” learn to protect at PARK LIFE- l’Italia che meraviglia” BIG BLU 2009 and Rassegna Imago Graffiti & Fotoroma.

Creator, designer and author of “AQVA ET MATER acqua linfa di madre terra contro ogni forma di abuso” 2015. Against the abuse of water and women this project have been presented at European Parliament have been exhibited in galleries in Rome and have been showed en itinerant exhibitions. Her underwater images of model and actress have been taken in fresh and cold water of Italian springs with high natural and historical value never photographed before.

She is Nikon NPS.